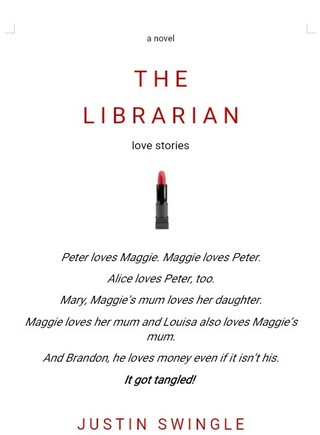 London, 1948. The city is putting itself together again after the Second World War, and people and families are trying to find a way forward. It's a struggle for all.

Peter is a young man who works at the library. He has hopes and dreams of one day being a novelist. His dreams and fantasies help him escape his day to day life where his sober habits inhabit his ways with women. But then he meets the woman with the bright red lips like a movie star.

Maggie is a young woman of prominent cheekbones and startling ambition, who wants to be a film star – or, failing that, a novelist. She's about as predictable as a thunderstorm.

Alice is the girl next door and works for a literary agent. She loves Peter's writing – and Peter too. But will she find the courage to tell him so?

In a slippery tale of stolen hearts and purloined novels, secret loves and hidden ambitions, these lives become irretrievably tangled.